As a break while I wait for the SWN: Revised print proofs to arrive, I did a bit more work on Wolves of God , my 710 AD Dark Ages England near-historical game.

One of the main problems with trying to create a historical game is that it is very difficult for most players to easily figure out how they are supposed to act in a culture that is likely Very Different from the one they currently inhabit. Sure, you can have them read some background handouts or such, but that doesn't soak in very well.

To try to mitigate this, I've put in Ways as sort of substitute-classes in WoG. Each Way represents a particular type of English cultural trope- the martial hero, the holy saint, the foreign wanderer, the sorcerous galdorman, and so forth. To improve in that Way, you've got to perform specific Deeds, enumerated in a half-dozen different simple imperatives, and avoid Shames, which are likewise simple and direct. Ideally, all of this fits on a 3x5 card or character sheet and the adventure-creation tools leverage the Deeds relevant to the party to create Anglo-Saxon adventure hooks. If I write the Deeds and Shames correctly, you'll value what an Anglo-Saxon hero is supposed to value just as a consequence of trying to get ahead.

I also added a bit more information on the decidedly non-historical Arces and the Arx-born on pages 38-39. 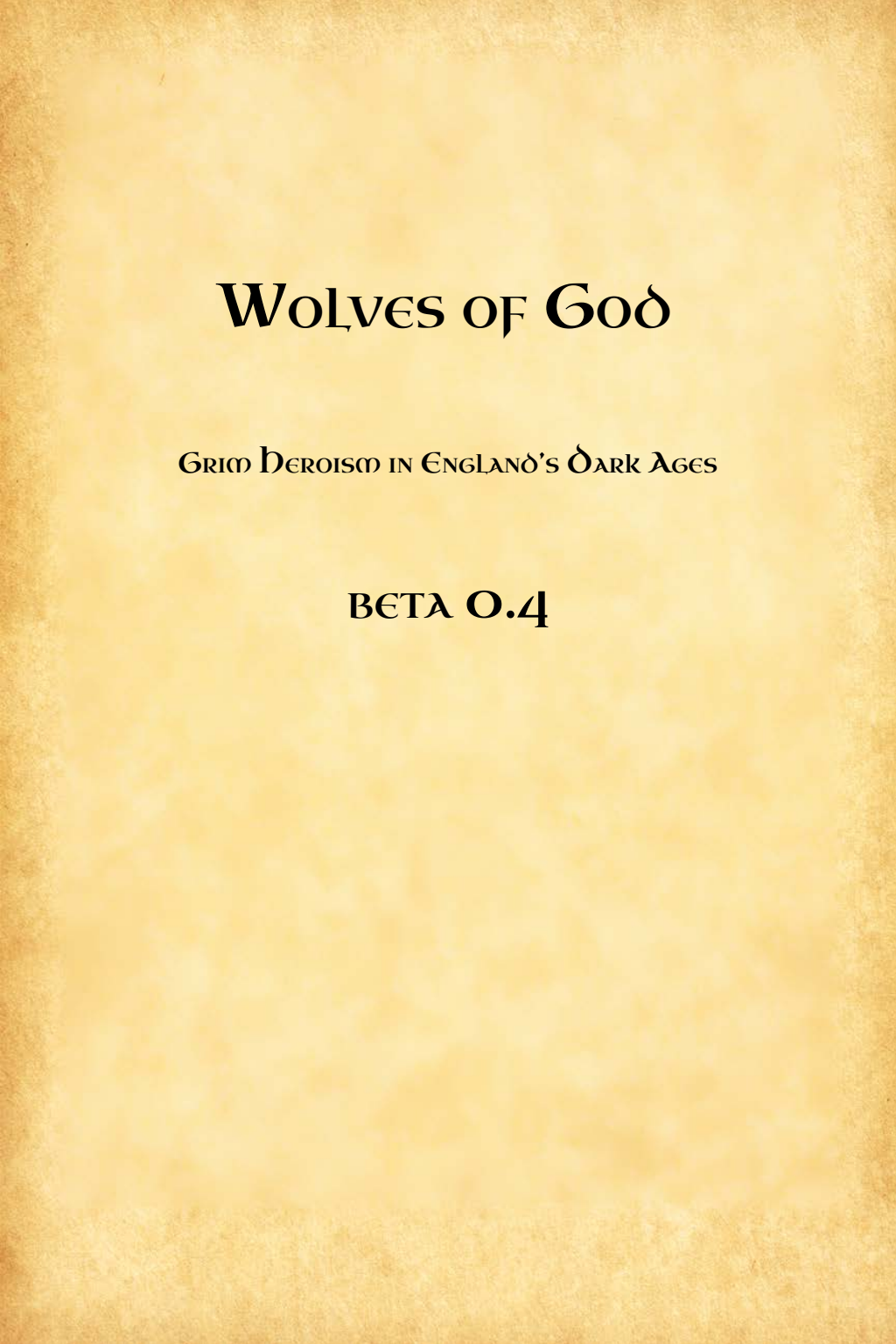 Oh cool, something to read after work.

this hits all my buttons. Can't wait to check it out.

I apologize if you've answered this before: Swords are mentioned several times, but have no stats given. Will stats for those (and perhaps armor) be given later for characters who have done well for themselves or as general equipment?

Swords and armor will appear in the equipment/loot section, yes. My tentative plan is to have light armor inferior to the AC a shield gives you, but a fallback in case your shield gets smashed. Mail will be slightly better than a shield alone, and Artifex-crafted Roman armor will be the best, albeit considerably more difficult to acquire. Swords are unlikely to be better actual weapons than spears, but they'll have more prestige and Splendour attached to them.

This is amazing! Simple but incredibly flavorful -- I can't wait to see the artifice/galdor rules. And I know I've seen the "RPG written by a medieval monk" concept somewhere before, but I can't remember where....

My only caveat so far is that there isn't really a Way appropriate for a sneaky/crafty/skill-monkey type character, although that might be a deliberate decision. I feel like there ought to be room for a heroic scop or gleeman -- although maybe the Way of the Wise will cover that. Looking forward to it!