So I was watching Robin Hood: Prince of Thieves (stay with me here, this is actually going somewhere) and it made me think of all the other iterations of Robin Hood that I like more, like the BBC series Robin of Sherwood. But most of all, I was thinking about Stephen Lawhead's The King Raven Trilogy, which moves the timeline backward a few hundred years and places it in Wales.

So this got me looking at the Wolves of God beta (alpha?). I'm really looking forward to seeing more of this. I really like the historical setting and terminology.

Here is the link to Lawhead's trilogy. 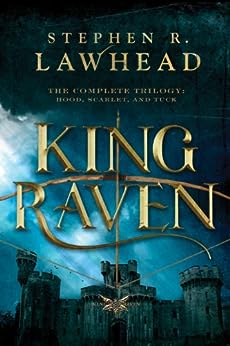 +Geoffrey Walter It is one of the most ‘90s movies and I do like it. I know it catches a lot of flak for Costner’s lack of an accent but, from trivia, that seems to be the director’s fault as Costner was taking lessons.

Still, Robin of Sherwood holds a special place in my heart for the melding of the legend with the supernatural, as well as encompassing both versions of the Robin Hood legend.

And I defy you not to feel something in Michael Praed’s finale on the show.

Oh, wait, Costner? I was thinking of Robin Hood: Men in Tights, not Prince of Thieves...